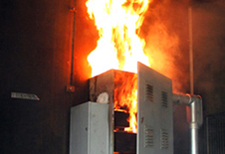 Arc Flash is a rapid release of energy due to an arcing fault between a phase conductor and another phase conductor, a neutral conductor or a ground. This type of fault is an accidental connection of energized electrical conductors and/or the earth. They are created by mechanical failures, failures of insulation, or accidentally while a person is working on an energized electrical system.

An Arc Flash is an electrical explosion due to a fault condition or short circuit when either a phase to ground or phase to phase conductor is connected and current flows through the air. Arc flashes cause electrical equipment to explode, resulting in an arc-plasma fireball. Temperatures may exceed 35,000° F (the surface of the sun is 9000° F). These high temperatures cause rapid heating of surrounding air and extreme pressures, resulting in an arc blast. The arc flash / blast will likely vaporize all solid copper conductors which will expand up to 40,000 times its original volume when it is vaporized. The arc flash / blast produces fire, intense light, pressure waves and produces flying shrapnel. When an arc flash happens, it does so without warning and is lightning quick. The result of this violent event is usually destruction of the equipment involved, fire, and severe injury or death to any nearby people. Proper safety and protection measures must be taken to limit the damage from an arc flash which include conducting an arc flash study, short circuit study, and NFPA 70E electrical safety training.

Cause Of Arc Flash-: A

This type of short circuit is the result of a brief contact of energized conductors, such as a metal part falling onto an energized circuit. The initial short is of relatively high impedance but the impedance begins to drop as the arc is produced and the air basically becomes the conductor. These arc faults are generally limited to systems where the voltage is in excess of 120 volts. At 120 volts and below, the fault normally will not sustain an arc. An arc fault is similar to the arc produced during electric welding and the fault has to be manually started by something creating the path of conduction or by a failure, such as a breakdown in insulation.

Cause Of Arc Flash-: B

The cause of the short normally burns away during the initial flash and the establishment of highly conductive plasma that sustains the arc fault. The plasma will conduct as much energy as is available and is only limited by the impedance of the arc and the overall electrical system impedance. This massive energy discharge burns the bus bars or wiring, vaporizing the copper or aluminum and thus causing an explosive volumetric increase. The arc flash is a blast and is conservatively estimated as an expansion in volume of 40,000 to 1. This fiery explosion devastates everything in its path, creating deadly shrapnel and droplets of molten metal flying in many directions.

The terminal of the arc is extremely hot having a temperature estimated to be in excess of 35,000 °F. This is in addition to plasma of vaporizing metal having a temperature of 23,000 °F. In comparison with the sun's surface that is only 9,940 °F and an atomic bomb, after 0.3 seconds, reaches only 12,632 °F, this arc is unbelievably hot.

The high heat and volume expansion produces a pressure wave that can literally knock a person over, producing sound at a level that can damage hearing. It's a fireball with shrapnel exploding outward. Injury and fires resulting from such an event is primarily the result of the radiant heat produced and by the molten metal (1,832 °F) rather than by the arc itself.

Cause Of Arc Flash-: C

The arc fault current that is produced during an arc flash is usually much lower than the available bolted fault current that occurs during a direct short circuit. Thus, it is often below the rating/setting of the protecting circuit breaker or fuse. Unless these protective devices have been selected to handle the arc fault condition, they normally will not trip or trip fast enough to minimize the full force of an arc flash. The amount of energy produced at the point of the arc is a function of the voltage and current present as wellas the time that the arc is sustained; this time is the most important part of the energy equation, every second matters greatly. The transition from the arc fault to the arc flash takes a finite time, increasing in intensity as a pressure wave develops. The challenge to protect against an arc flash is to sense the arc fault current and shut off the current in a timely manner before it develops into a serious arc flash condition.

Why the focus on Arc Flash?

On a daily basis the number of arc flash incidents in the United States is greater than most electricians or engineers believe. The Chicago-based Capelli-Schellpfeffer, Inc. reports that five to 10 arc flash injuries occur a day requiring hospitalization.Severe arc-flash burns can cause a slow painful death. The hot gasses produced can injure lungs and impair breathing. The very loud sound can destroy the eardrums and the blast can propel the person some distance away, often causing injury. If the person is lucky enough to be far enough away from the direct effects of the arc-flash, there can be psychological effects lasting many years. These effects can result in depression, job apprehension, and family tension. 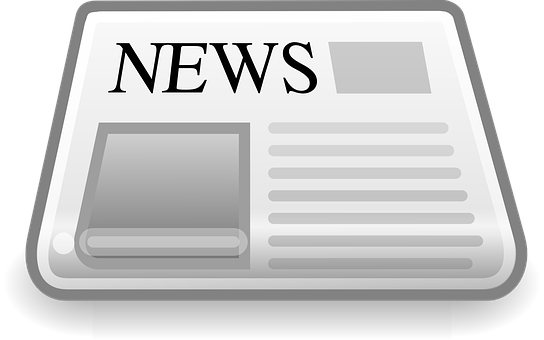 The following Tentative Interim Amendment (TIA) has been proposed to NFPA. It is being published for public review and comment. The proposed TIA has also been forwarded to the responsible technical committee for processing. The technical committee will consider public comments received by the date indicated below before vote is taken on the...